Young offenders given a break

Young offenders given a break

The Supreme People’s Procuratorate (SPP) Monday told prosecutors around the country to go easy on juvenile offenders, suggesting that young people should not be formally arrested, charged or sent to prison for minor offenses.

SPP’s so-called "guideline" issued Tuesday aims to bring existing practice in line with China’s newly-amended Criminal Procedure Law, which comes into effect in January 2013. The law says the prosecutor’s office should "conditionally drop charges against juvenile offenders" who commit minor, non-violent crimes and their juvenile records should be sealed.

A spokesperson from the SPP was quoted by the Procuratorial Daily as saying Tuesday that juvenile delinquents who do not pose a threat to others shall be exempt from being officially arrested or formally prosecuted.

"Dealing with young offenders in this way has actually been around for a while. It just took the SPP a few years to put it down on paper," Guo Xu, a juvenile criminal lawyer from Beijing Kangda Law Firm, told the Global Times, adding that offenses leading to a sentence of three years or less are usually considered "minor."

"Theft under 10,000 yuan ($1,601) is one of the most common minor offenses committed by underage delinquents," said Guo.

Zhang Wenjuan, deputy director of the Beijing Juvenile Legal Aid and Research Center, told the Global Times there are some 3,000 juvenile courts in the country and many have experimented with unique ways of dealing with young offenders.

The court in Shapingba district of Chongqing Municipality has sentenced young offenders to community service instead of burdening their families with hefty fines.

"The point is not so much to punish them for their mistakes but to give them a second chance," Zhang added.

A recent judicial white paper said the goal of courts and prosecutors is to "educate, persuade and rehabilitate" young offenders.

"A lot of offenders come from broken families. Our society fails to provide them with the help they desperately need which is partly responsible for their behavior," Zhang noted. 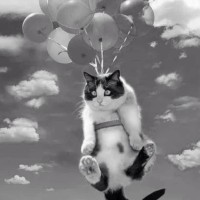